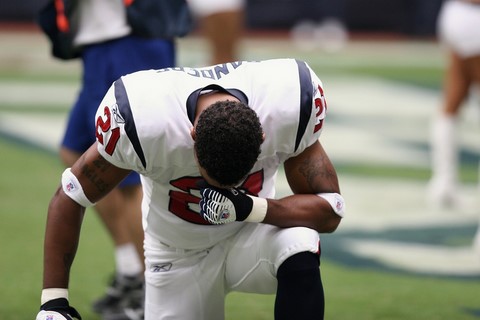 What is happening right now has commanded attention, and it should. People who are not black are talking about being educated and the next steps to overcome racism and from my point of view as a blackman here are somethings that need to change and be challenged.

How do you see me? When you look at me, do you see me as a person or a black man? Speaking from experience the latter will always outweigh the former. Why does the dark coloured skin cause people to be fearful of what to say, or how to talk me like they would do any other person? If I get cut it is red blood that comes out of my wound. I breath the same air as you to live, so why would you want to take that away from me? Why would you not want me to live and have a voice?
The negative portrayal of members of the black community always seems to outweigh the good, the people writing these headlines seem to take pleasure putting it front and centre on their printed sheets. What about the stories of the black business owners doing good things in their communities, or the black youth worker that is making a change in the community even though they do not have enough money to continue? Where are those stories? Representation matters, being visible matters.

When was the last time that a black person received so much positive attention on the news? When was the last time a black face received so many views on social media for something good? The most recent was when Kanye West, a well-known American rapper, said that he had become a Christian. This filled our Instagram stories, was at the top of our Spotify playlist and the video of himself and James Corden, a TV presenter singing gospel music, was played, shared and quoted by so many journalists. Everybody wanted to shake his hand, take a picture with him and sing his songs.

These are positive headlines, but they are rare, but not because there are no positive stories to write about. Instead, they have been replaced by commercialism, these are the stories that sell, that make it seem that black people have a voice. The stories that create viewers for another music video or sell a shoe. I ask myself why do these get more air time when there are truths that need to be heard?

What are those truths? These are truths that some might not want to hear, so they are sweep them under the carpet. These are truths that might make people feel guilty but they need to be heard. Many have come before to peacefully protest about the injustice felt within this community and each time there seems to be results but then straight after it is back to square one. A recent peaceful protest that took place to highlight the rage and injustice was led by Colin Kaepernick, a black sportsman who tried to use his influence to make a difference by kneeling whilst the American national anthem was being played. Some followed but those in power put a stop to this, as it was deemed disrespectful to the nation's flag. Reflecting on that point in history I feel guilty. I feel this way because I did not do enough to stand up and say enough. Colin Kaepernick lost his job because he stood up for something that was not right.

I found this difficult to write because as a Christian and as a black man how should I feel? What should I say? Should I feel anger or should I feel happy that so many people are willing to speak up for the lives of so many black men that have been lost at the hands of police brutality. Many years ago, I tried to explain to my white friends how it feels when you walk past a car in a white middle class area and the owner, who is sitting in their car quickly locks their car, but at the time they could not understand.

As a Christian I am happy that change is coming. As a black man, I am exhausted and ask the question why has it taken so long? We now have the opportunity to find a cure to this racial pandemic.  Are you ready to go all in, like Colin Kaepernick? Is this just for the moment? Now is the time for action. Will you be part of the solution?