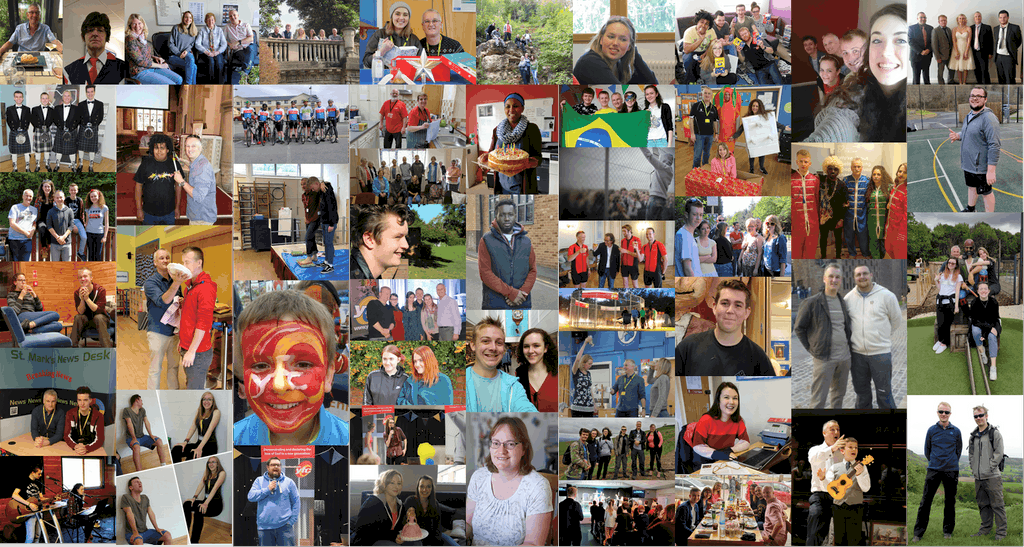 23rd April 2001 was the start of my time with Youth for Christ Gloucestershire. The last twenty years has been quite a journey. Highs, lows, challenges and opportunities. Over the last few weeks, I have been thinking a lot about the previous two decades. A big part of any journey is the people who have travelled with you. During this time, my travelling companions have been many. I believe nine staff members, twenty-eight gap year volunteers, nine student placements, around thirty trustees, and ten local volunteers have worked alongside me. I want to thank every one of them for being one of these travelling companions.
In 2001, we were an organisation on the brink of closing; twenty years later, we are in a stronger position and have moved from working in Cheltenham to across the county. During those twenty years, we have had an estimated 250,000 interactions with young people. We have led assemblies, after school clubs, prayer weeks, mission weeks, young leader training groups, overseas missions, residentials, lessons, mentoring, group work, detached work, and many other things.
It is easy to forget the impact we have made during this time, but I keep hearing stories of young people who encountered Jesus through our work. Last week, I heard that we played a crucial role in a young man coming to faith several years ago. Another young person told us that "Youth for Christ have played an important role in my journey of faith, and for that, I'm forever grateful!" My memory is indelibly etched with the lives of young people who Jesus has changed. The lives of young people we have laughed with, cried with, and walked alongside. Young people who have gone on to lead university CU's, undertaken countless mission trips, gone on to work with Youth for Christ, and become lay leaders in churches. For some young people, life continues to be difficult; every changed life is balanced by the lives of young people where, despite our best efforts, we couldn't make a breakthrough. The joys have been incredible, but they are balanced by the frustration of seeing young people take a path that does not help them. The biggest frustration has always been not having the resources to help more young people.
People have often asked me when I think it will be time to move on. I never expected to be here for twenty years but felt always felt called to stay. I don't regret that decision because having the opportunity to introduce young people to Jesus is possibly the best job in the world. As long as there are young people in Gloucestershire who need to hear the message of Jesus, my job is not finished. Unless God calls me elsewhere, I will continue bringing a message of hope to young people while I have breath.
I hope that what we have achieved in the last twenty years will be eclipsed in the years ahead, but none of this is possible on your own; it takes a great team, and that team is more than just those who do the face to face youth work. The team is also made up of those who work behind the scenes; trustees, volunteers, prayers, financial supporters, and those who send messages of encouragement. People such as the Women's Fellowship group at St. Barnabas who pray for us every week may not see themselves as part of the team, but along with all those of you who pray, they are essential members of the team. Thank you for standing by us over the last twenty years and for being part of the team.